WJ Editorial Letters To The Editor

Celebrating Over 125 Years of News

The opinions voiced in articles contributed to this publication are those of the author, concerning which the publisher assumes no responsibility. The publisher cannot assume responsibility for the return of unsolicited manuscripts or photos. Copyright 2019 by The Waterways Journal Inc.

On October 28, H.R. 2440, the Full Utilization of the Har- bor Maintenance Trust Fund Act, advanced in the U.S. House of Representatives. The legislation-the top legislative prior- ity of the American Association of Port Authorities (AAPA)- would enable Congress to appropriate $34 billion over the next decade to restore America's federal navigation channels to their originally constructed widths and depths, thereby im- proving their safety and reliability to handle today's larger ships and growing trade. Chris Connor, AAPA's president and CEO, called the pas- sage of H.R. 2440 a "critical first step to solve the problems with the Harbor Maintenance Tax. The legislation will stop the diver- sion of Harbor Maintenance Trust Fund payments and provide a means for Congress to spend down the more than $9 billion that has been diverted in previous years." The bill now moves to the Senate Environment and Pub- lic Works Committee, where it is expected to become part of the Water Resources and Development Act (WRDA) now being hammered out. Some observers worry that the Senate might not have enough time to craft a decent WRDA before election sea- son concerns take over. In the past, the HMTF has been diverted from its authorized and intended purpose, used instead to pay down the general def- icit-or rather, to help obscure its size. Large donor ports that paid into the fund, such as Los Angeles, received back only a tiny fraction of what they contributed to it via taxes. Many ports have been paying for their own channel expansions to respond to the larger vessels made possible by the Panama and Suez canal ex- pansions, and even for their regular channel maintenance. Simi- lar issues used to plague the Inland Waterways Trust fund until recently. While IWTF surpluses weren't actually moved, they were likely counted against the deficit. This forced subsidizing by the ports (and inland waterways) of token "deficit reduction" maneuvers was never defensible. There is even less justification for it now, as the current bud- get deficit heads toward $1 trillion. As always during times of economic expansion, both parties seem to be relaxing about the deficit. There is even a tantalizing new economic theory floating around that the deficit is not necessarily the looming threat it has been assumed to be. Whatever the case may be with that, we are glad that the trend seems to be moving toward full authorized use of both funds. Maybe they can finally stop being "deficit reduction" fig leaves and become devoted once and for all to their in- tended purposes: the full and effective maintenance of our navigation system.

Great job on the special issue ( WJ, October 21 ) . You covered so many of the areas that do not get front page coverage but without them the industry could not function. Pete Merrill and Bill Carrier are by far two of the wealthiest men in the indus- try-that is, if you're not counting money but friendship, which matters more than money. Over many years, I had the plea- sure to work with them in various fields of surveying from an insurance perspective to an owner of equipment. They may not tell you what you hoped to hear but you could rest assured it was factual as pos- sible. Sometimes when they were on the other side of a situation, you learned to cut your losses and move on. Jim "Goat" Patterson said Pete could have been in the entertainment business; having been on the receiving end of his humor, I can agree. Goat was also an ex- cellent surveyor and no angel in his own right! Great to see Bill Carrier has his family following in the tradition. Bill helped me write the insurance on a gasoline-pow- ered towboat on the Missouri, with Neare, Gibbs & Company. No small undertaking, Two ladies who deserve a great amount of credit for their success are Joyce Mer- rill and Brenda Carrier. The old country western song, "Stand by Your Man" may apply. To Pete and Bill, thank you for your contribution to the river industry and for- give me for sending both of you out on tough jobs over the many years. You nev- er complained, just sent me a big bill. Tom Rollins St. Louis, Mo.

Fifty Years Ago ("This Week," Octo- ber 21): Capt. Douglas Grubbs is called Donald. His story is outstanding. He is a retired Crescent River Pilot. He is a good friend with an impressive history even since the terrible Union Faith collision, fire and sinking with many losses of life. He has had much to do with navigation safety on the rivers. Enjoyed October 21 issue, especially the article on Pete Merrill, another old friend. Everyone very much enjoyed the In- ternational Propeller Club of the United States Convention and Conference. The panels on "Sailing Into The Future" were outstanding. Frank Courtenay New Orleans, La.

(CONTINUED FROM PAGE 3) 1.5 barges will be loaded each day, re- moving 31,500 long-haul trucks from the road each year. This project consists of upgrading the general cargo dock, which plays an integral role in the overall movement of approximately 3.4 million tons of steel, general cargo and dry bulk fertilizer each year. The complete scope of the project includes resurfacing the dock with an 18-inch reinforced concrete pavement that will meet the needs of intermodal cargo transfers, as well as enhancing the drainage system where cargo is transferred between barges, railcars and trucks. In addition, approx- imately 450 feet of intermodal rail track will be upgraded to a larger rail section, and a new crossing surface will be in- stalled along the length of the dock. The project was awarded $1,092,130, with a $275,000 match on the part of the port. As a result of this much needed im- provement to the dock surface and rail tracks, SCF Lewis & Clark Terminals LLC-the barge and harbor operator at the port-is making significant additional investments. "We are excited to announce the pur- chase of a state-of-the-art Sennebogen hydraulic crane that will vastly improve loading times of trucks and railcars," said Brice Power, general manager of SCF Lewis & Clark Terminals. "In addition, SCF Lewis and Clark Terminals LLC has approved the upgrade to the conveying system currently used to load trucks and railcars with a larger and faster convey- ing system. "Together, America's Central Port and SCF are looking to the future to serve the needs of our customers with better and more reliable services."

The Waterways Journal welcomes letters from readers on any subjects related to the river industry. Letters sent for publication should be ad- dressed to: Letters to the Editor, The Waterways Journal, 319 N. Fourth St., Suite 650, St. Louis, Mo. 63102, or sent by fax to 314-241-4207, or email to letters@waterwaysjournal. net. Subject matter is not limited, but standards governing decency and li- bel apply. Writers are asked to limit letters to 250 words, or one double- spaced, typewritten page. The WJ re- serves the right to shorten longer let- ters and to edit for clarity. The writer's name and address are required for all letters. 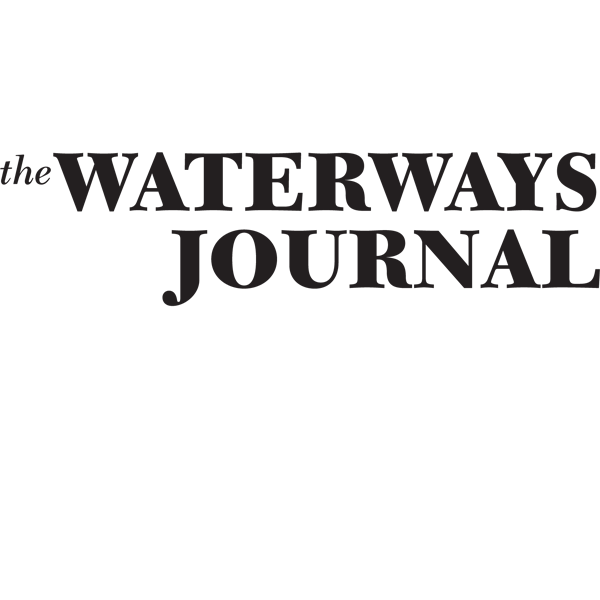